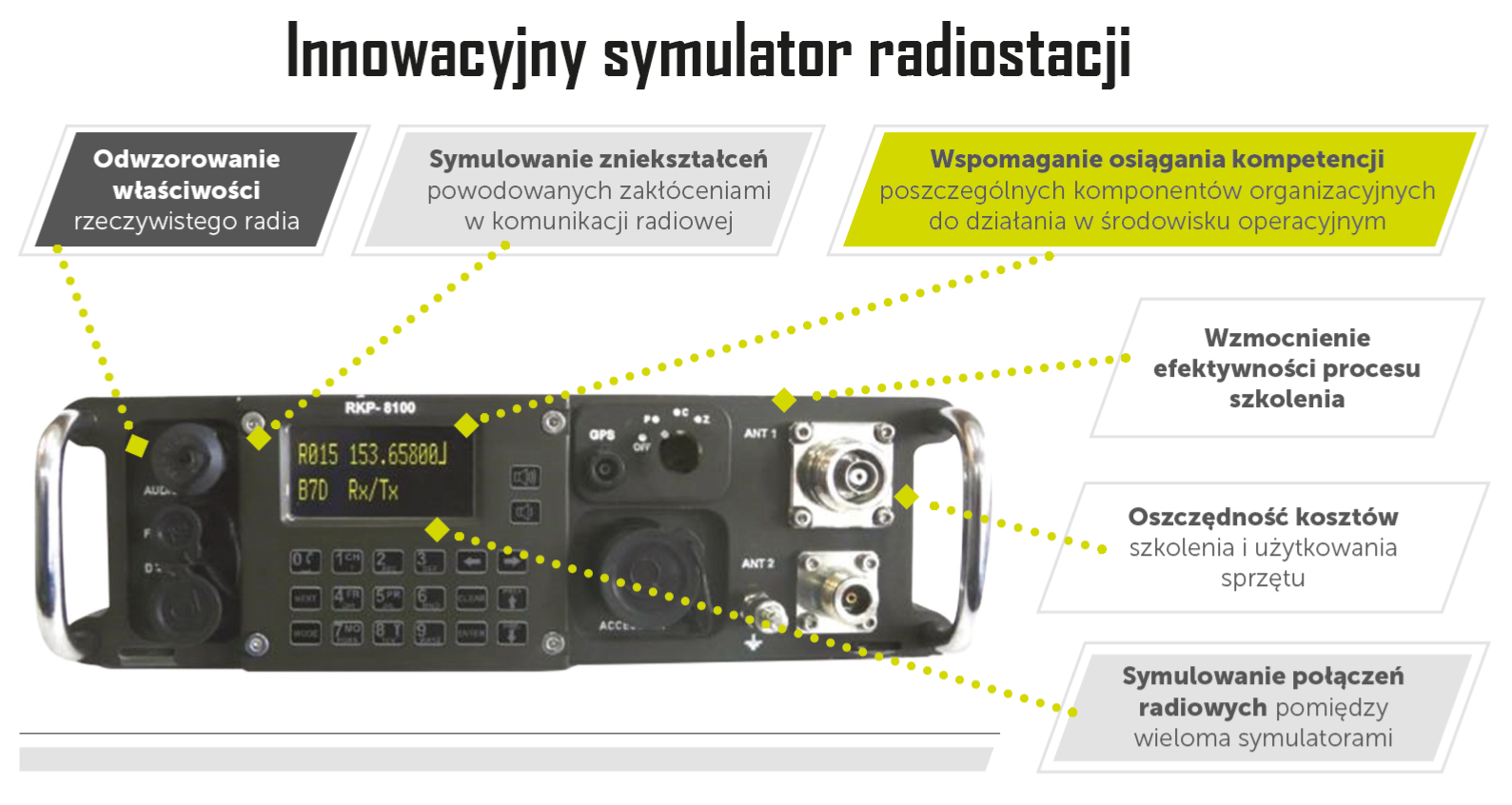 The simulator is used primarily for testing, research and technology demonstration dedicated radio station in a simulated virtual environment field when conducting tactical operations at the battalion, company, team and a soldier level. It is also intended to carry out training command posts casts, crews of combat vehicles, holders, technical training and procedural measures concerning special transmission for BMS. It also enables the execution of tests and drills in an environment that it is impossible to create in reality. Simulator training significantly increases the functionality of BMS. It allows you to exercise Command and Joint Staff and the Joint Staff training in real conditions, ie with the use of BMS, but without using the actual hardware communications and emit electromagnetic energy. By using the simulator as an integral part of the BMS, soldiers of all levels of command will be able to perform tasks associated with the transmission of information in any (resulting from the exercise) off-road conditions, weather and other interference, according to the scenarios. The possibility of recording conducted the correspondence also provides new opportunities for discussing exercise, draw conclusions and to avoid mistakes in the future. The ability of the simulator to work with real devices generate a lot of power and flexibility when planning and conducting exercises with the use of BMS.

This is a simulator that allows you to map the properties of the actual radio, simulating a radio connection between multiple simulators, as well as distortions caused interference to radio communications.

RADIO RKP 8100 simulator was developed using technology from the CNR Calytrix enabling mapping of radio and the operation of communications networks. All operations of the simulator related to the functions of the radio is performed using a mouse or touch directly by using the touch screen.

Radio simulator is also integrated with the virtual simulation environment VBS3, so it can be an integral part of the exercise carried out with the use of this environment. 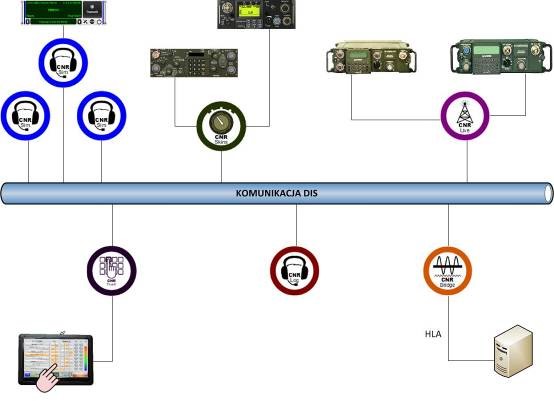 Radio simulator has the following properties: 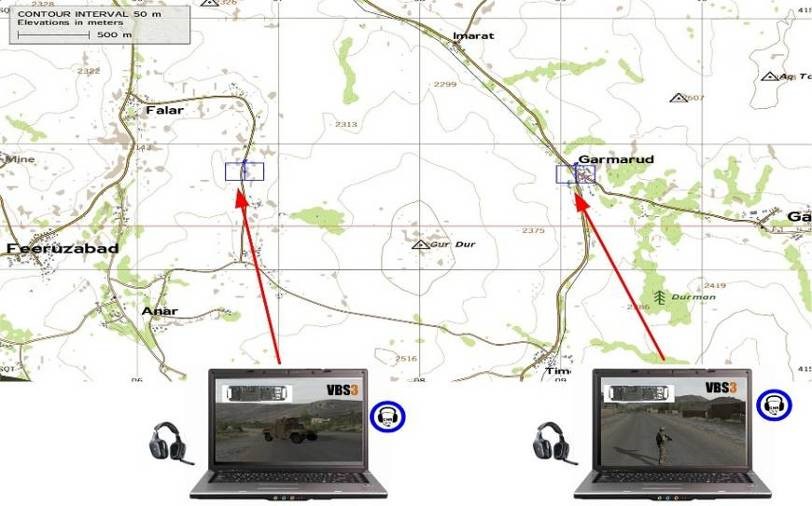 The most important aspect of the simulator is the possibility of direct
integration with virtual simulator via the built-in
DIS interface. This integration results in that the connections and
the radio parameters will depend on the state of the virtual simulation, and
in particular: